Fort Barrancas (1839) or Fort San Carlos de Barrancas (from 1787) is a United States military fort, orginally built and occupied by Spanish General Galvez is located within the grounds of Naval Air Station Pensacola, which was developed  around it.
The hill-top fort, connected to a sea level water battery, overlooks Pensacola Bay. From 1839–1844, the historic Spanish fort on the hill was expanded and modified to meet requirements of "modern" conflict.  The newest edition is considered "Fort Barrancas", while the older, water battery downhill (Baterie de San Antonio, 1787) was separately named as "Fort San Carlos". It is a remnant from the Spanish fortification,  (Fort San Carlos de Barrancas) which was originally constructed in the late 18th century.
Due to changing requirements, Fort Barrancas was deactivated from military service on April 15, 1947 following World War II.

Fort Barrancas was built on the site of numerous previously existing fortifications, These previous fortifications included Fort San Carlos de Austria, constructed by the Spanish in 1698. It was captured and destroyed In 1719 by the French.
The British later used this location as a harbor defense fortification, building their iteration in early 1763. The Spanish  took Pensacola in during the American Revolutionary War and completed the existing fort San Carlos de Barrancas in 1797.
General Jackson used this facility against the English during the War of 1812.
​​​​​​​Following the war of 1812 General Jackson used the fort as a base to command the seizure of the remaining Spanish holdings in Florida.
When Spain officially ceded Florida to the US in 1821, they chose Pensacola as the site for a Naval Yard, which was developed around the existing Spanish Fort Barrancas. The brick and mortar improvements to the hilltop fortification were made simultaneously with the planning and construction of Fort Pickens across the Bay on  Santa Rosa Island in 1834.
The Advanced Redoubt was later constructed north of the fort, and was connected through a network of trenches. 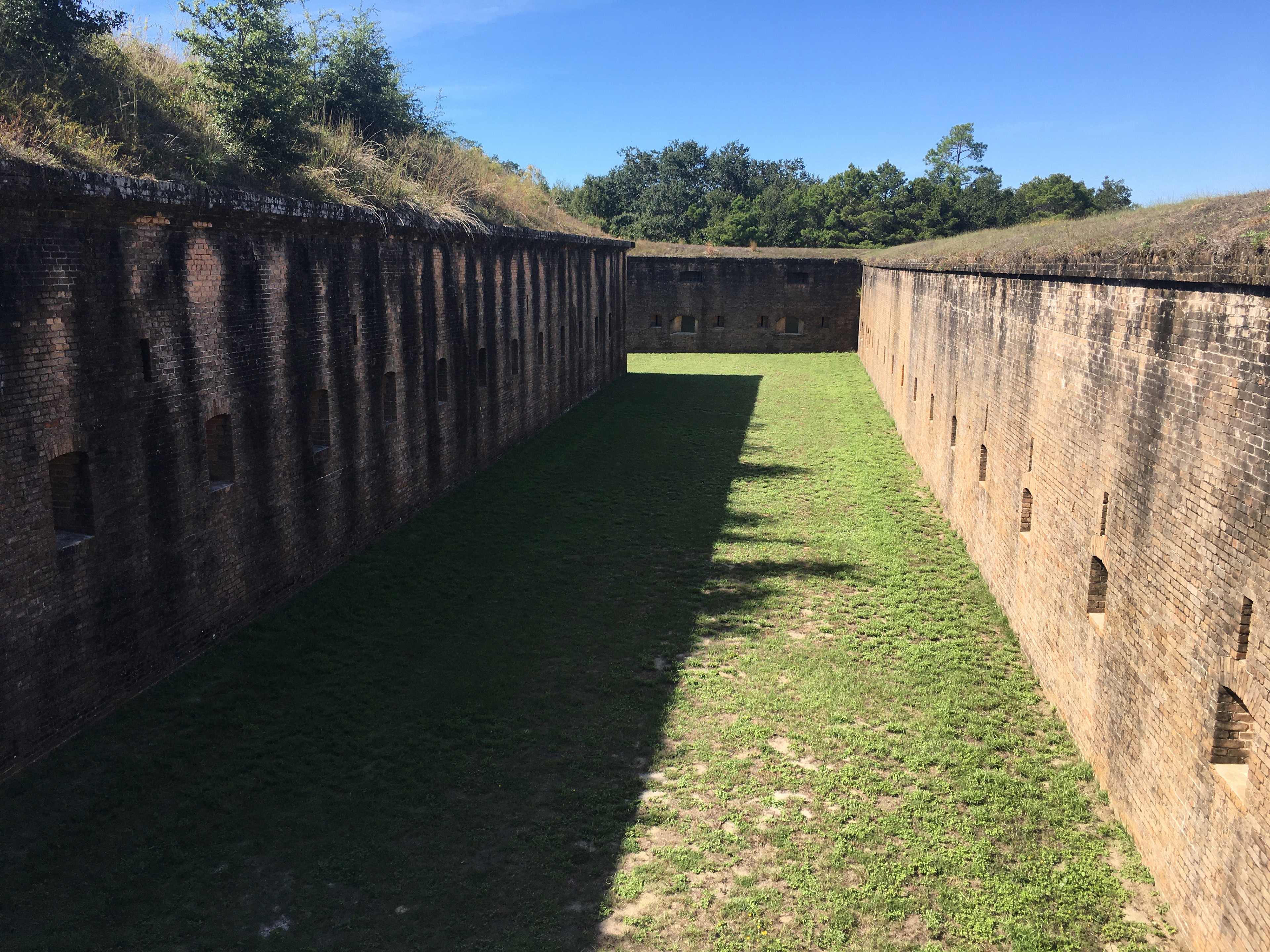 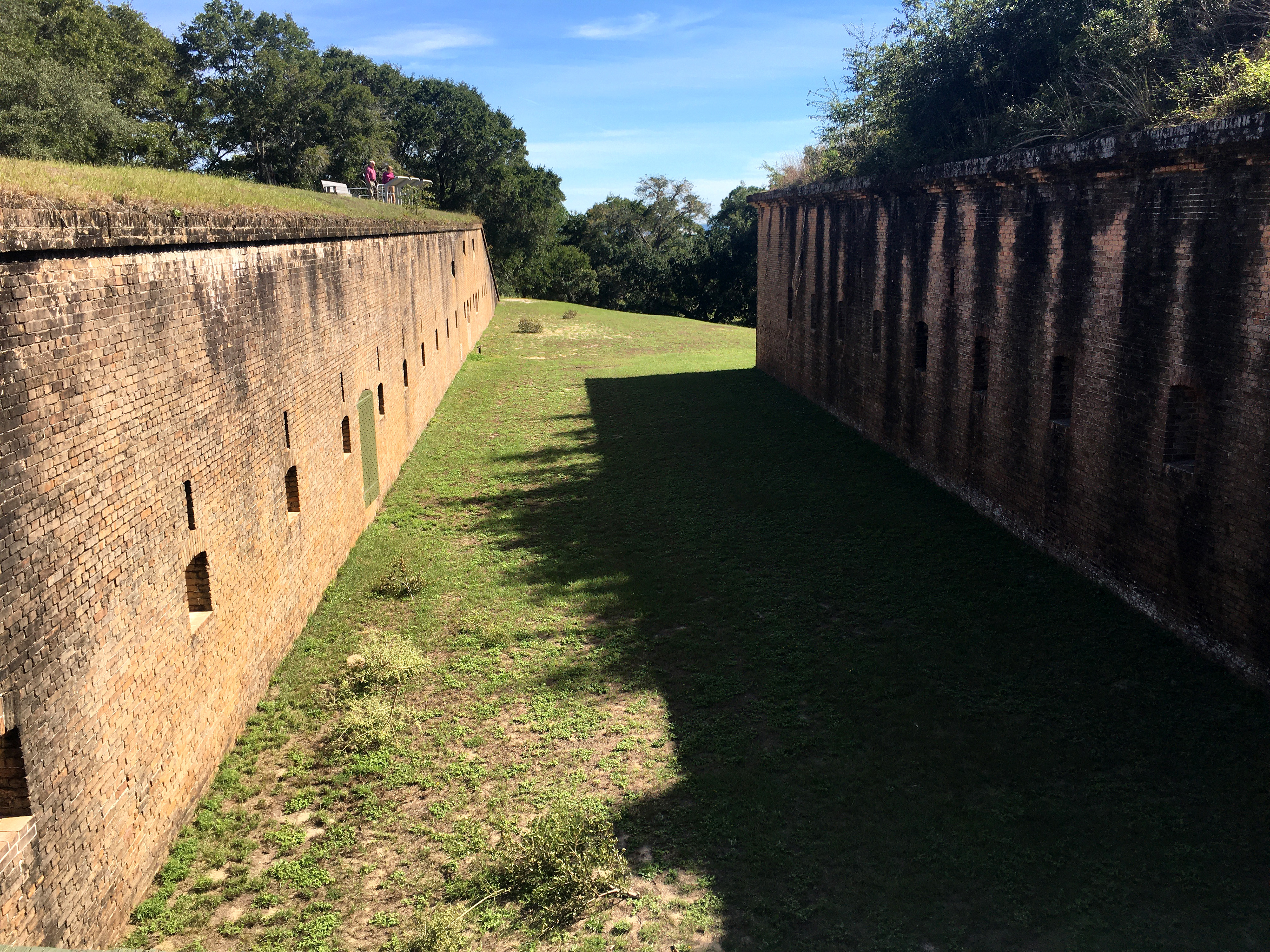 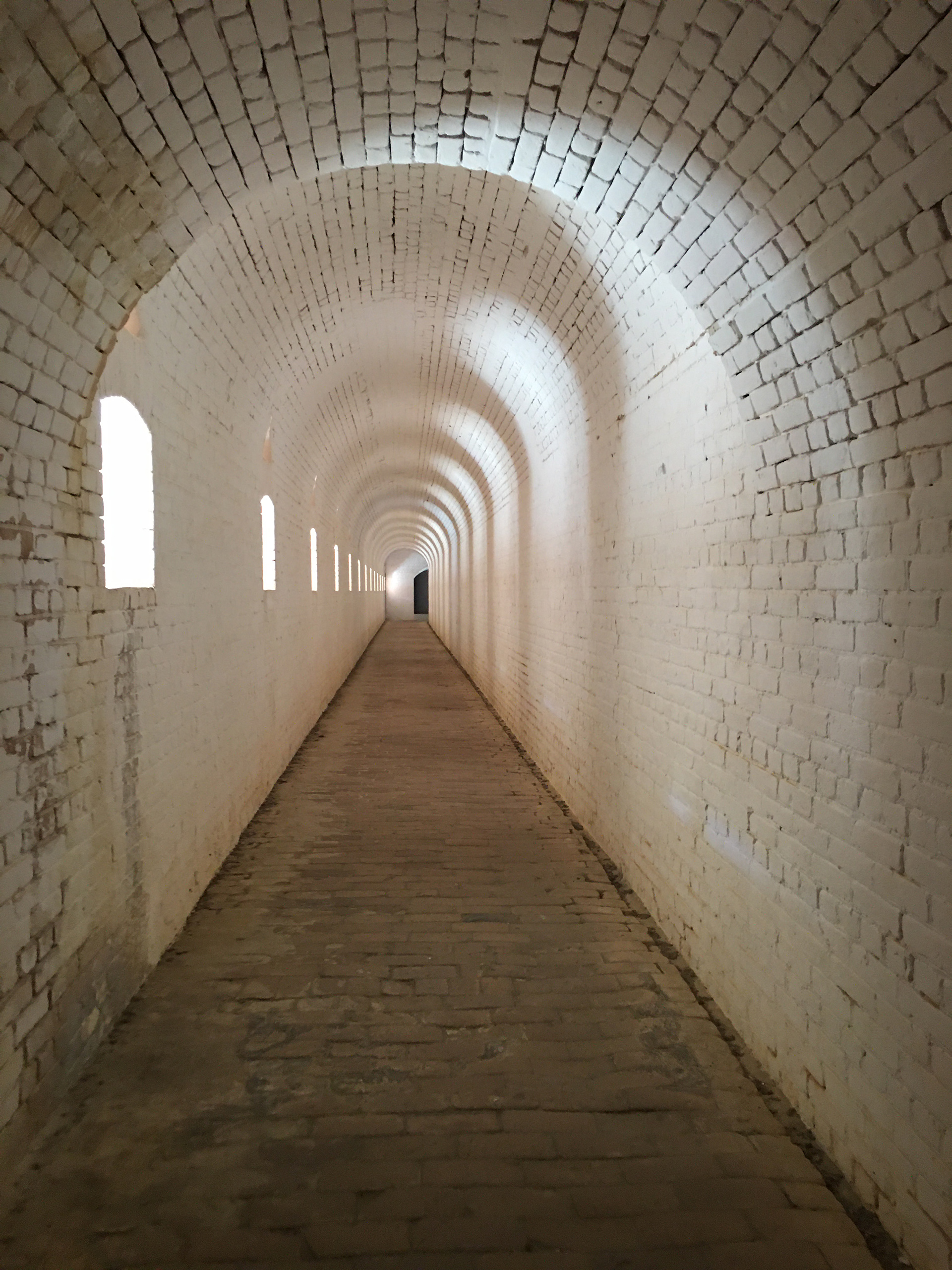 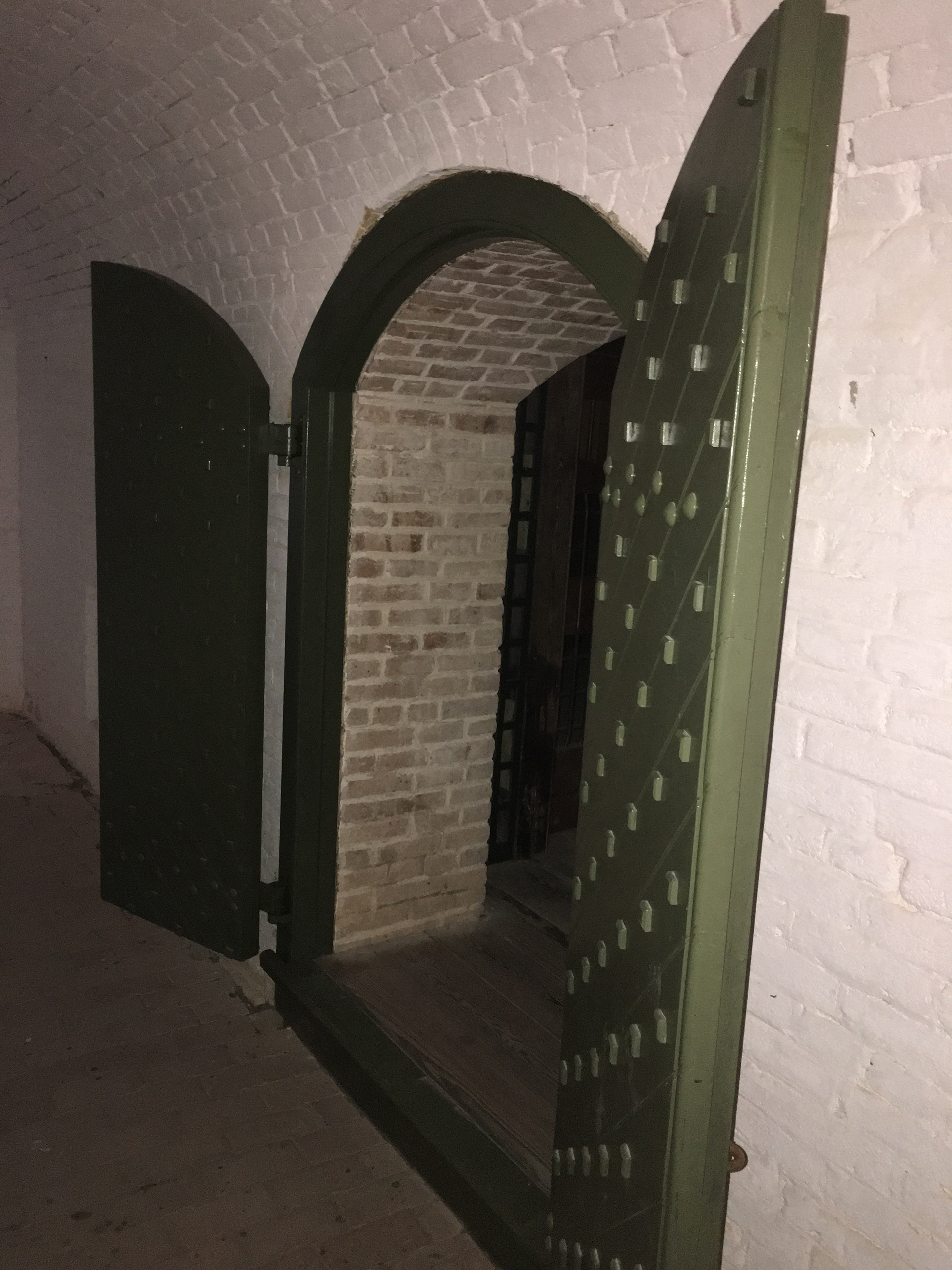 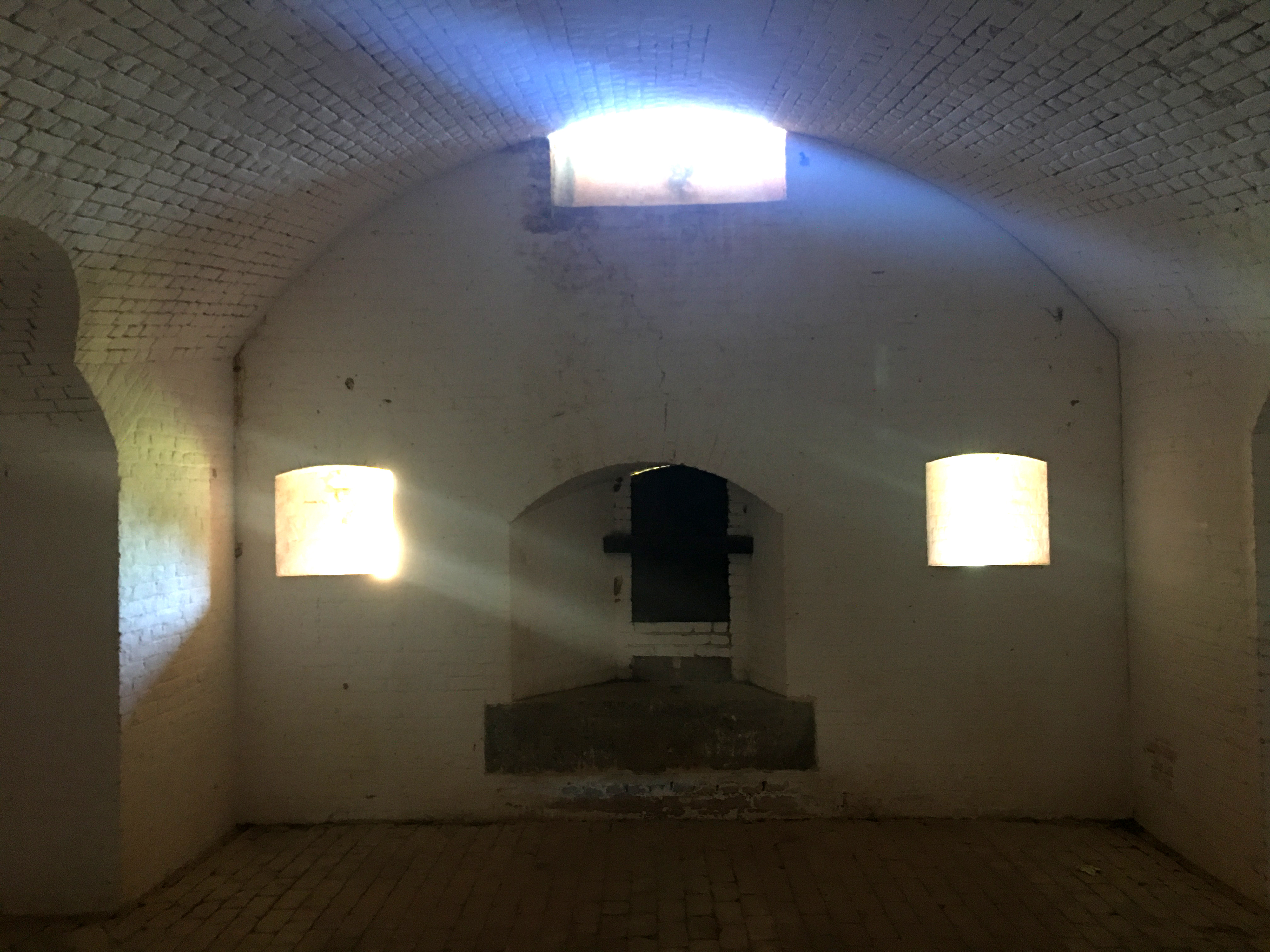 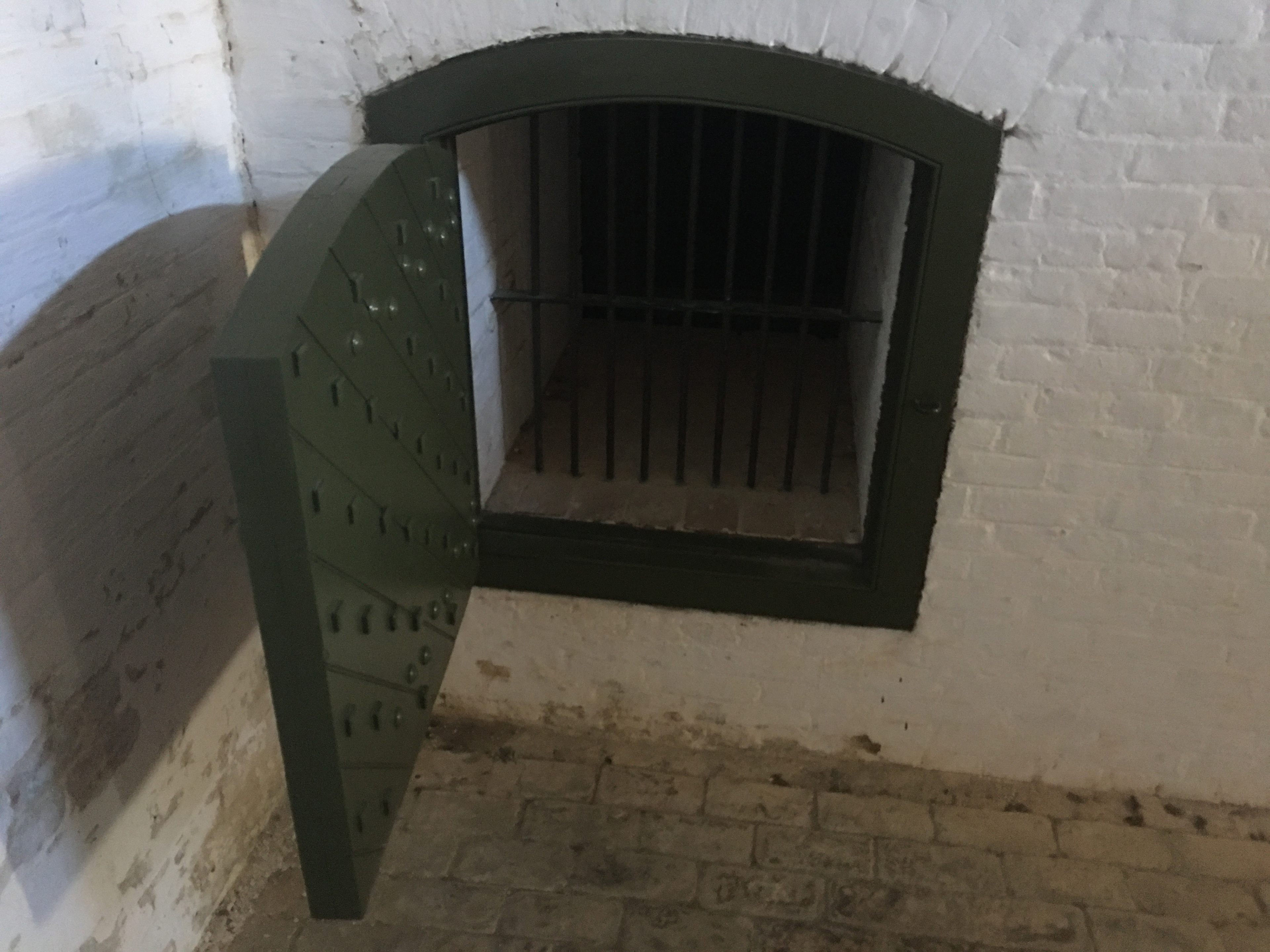 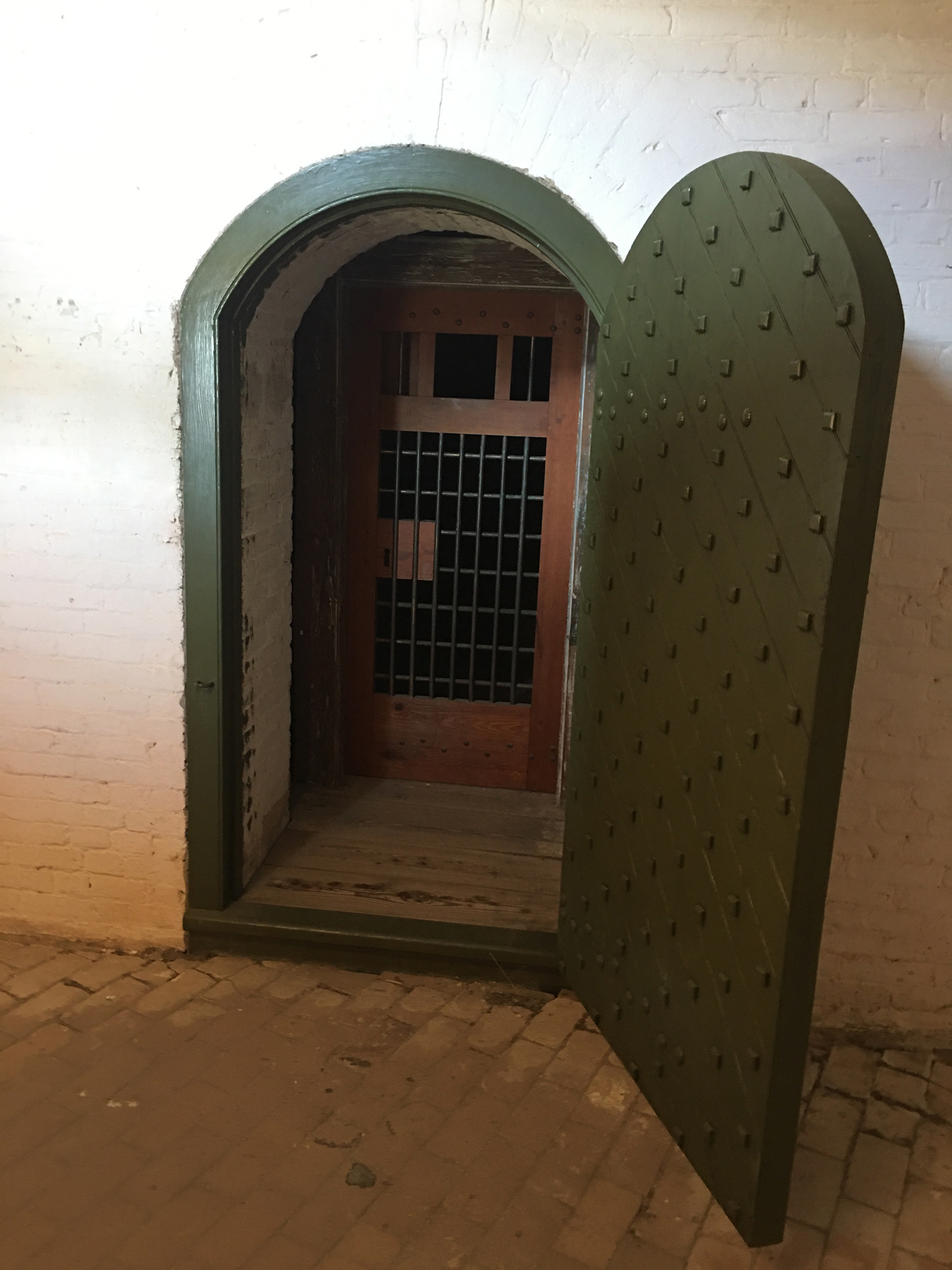 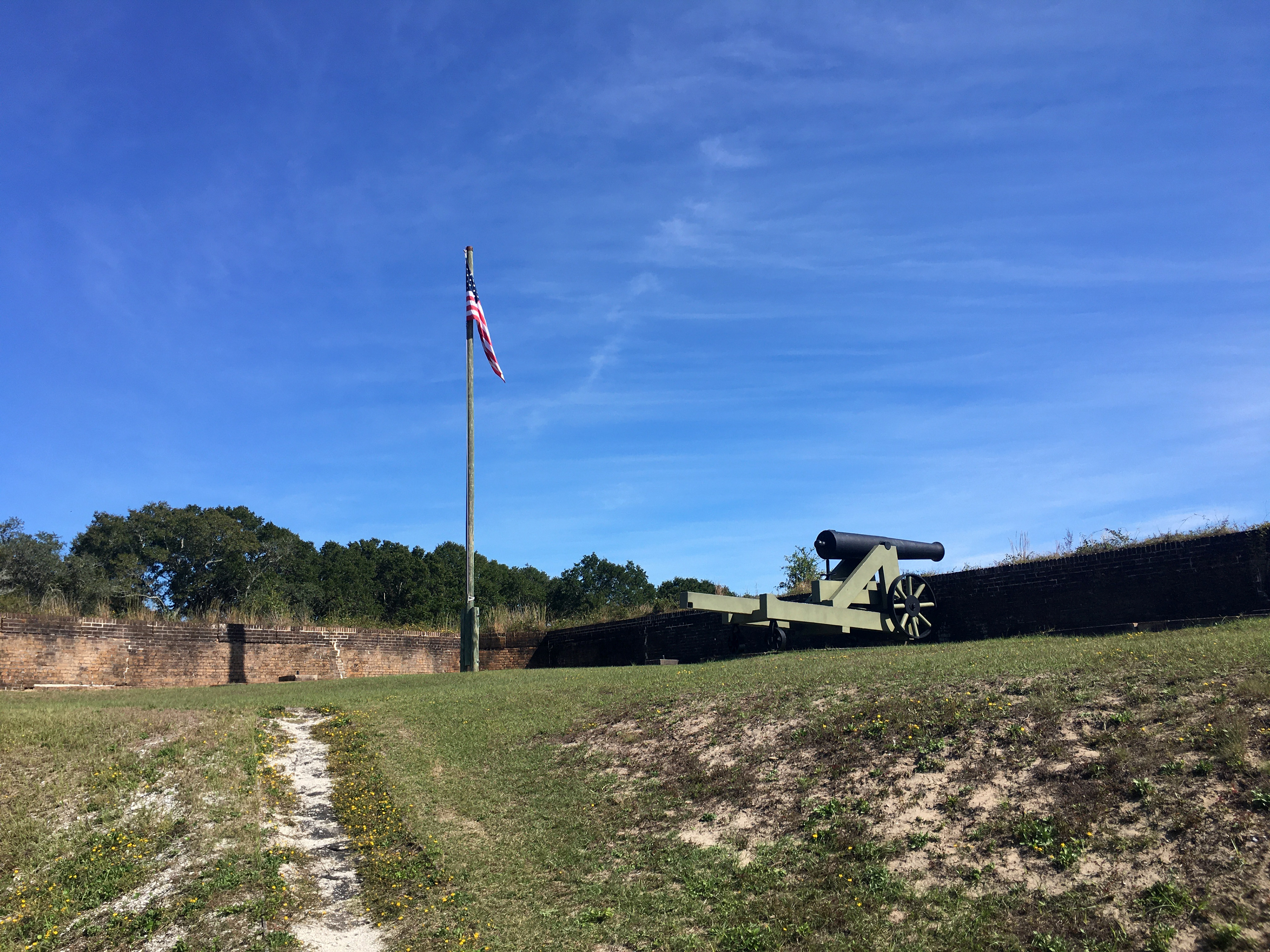 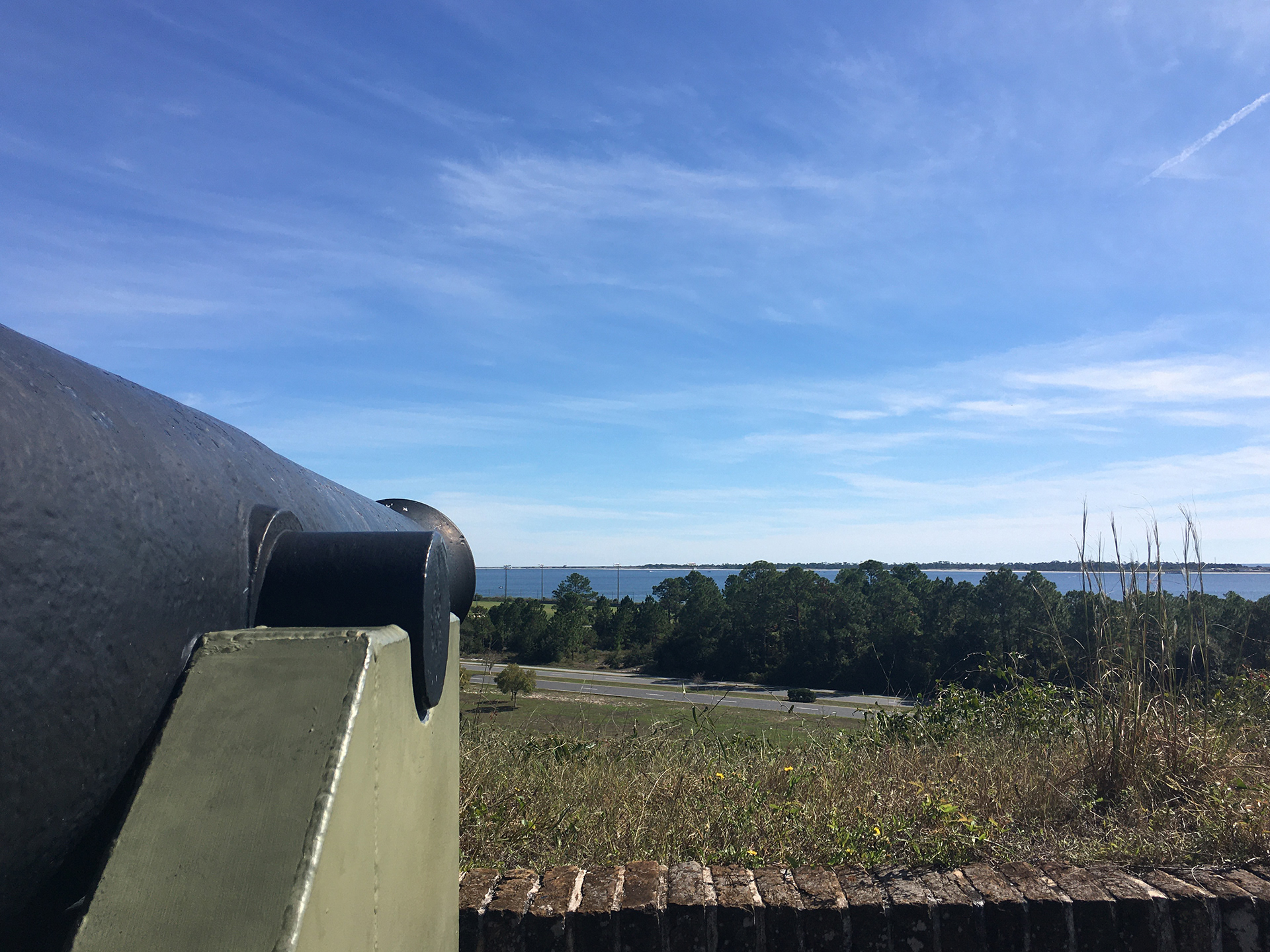 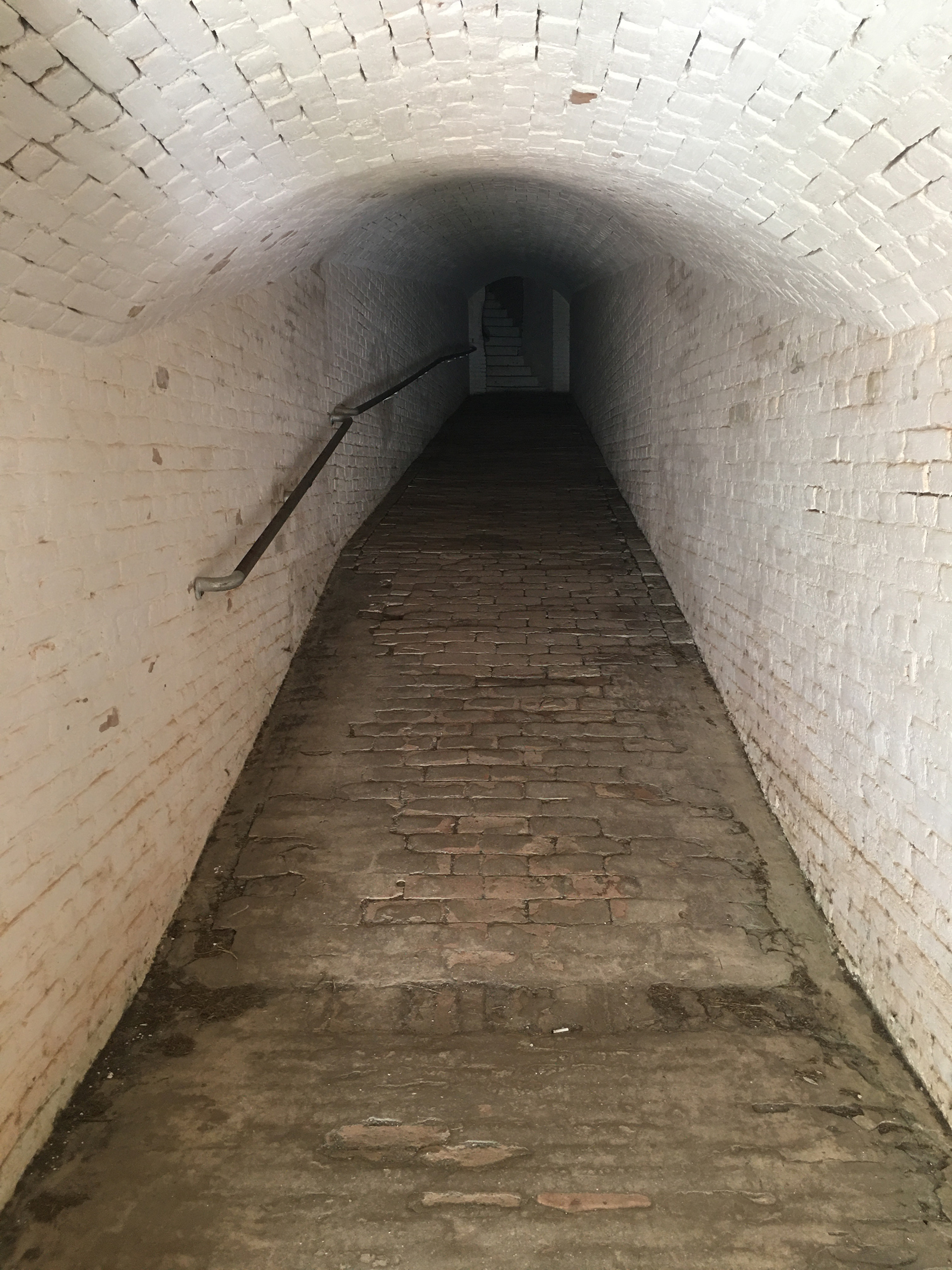 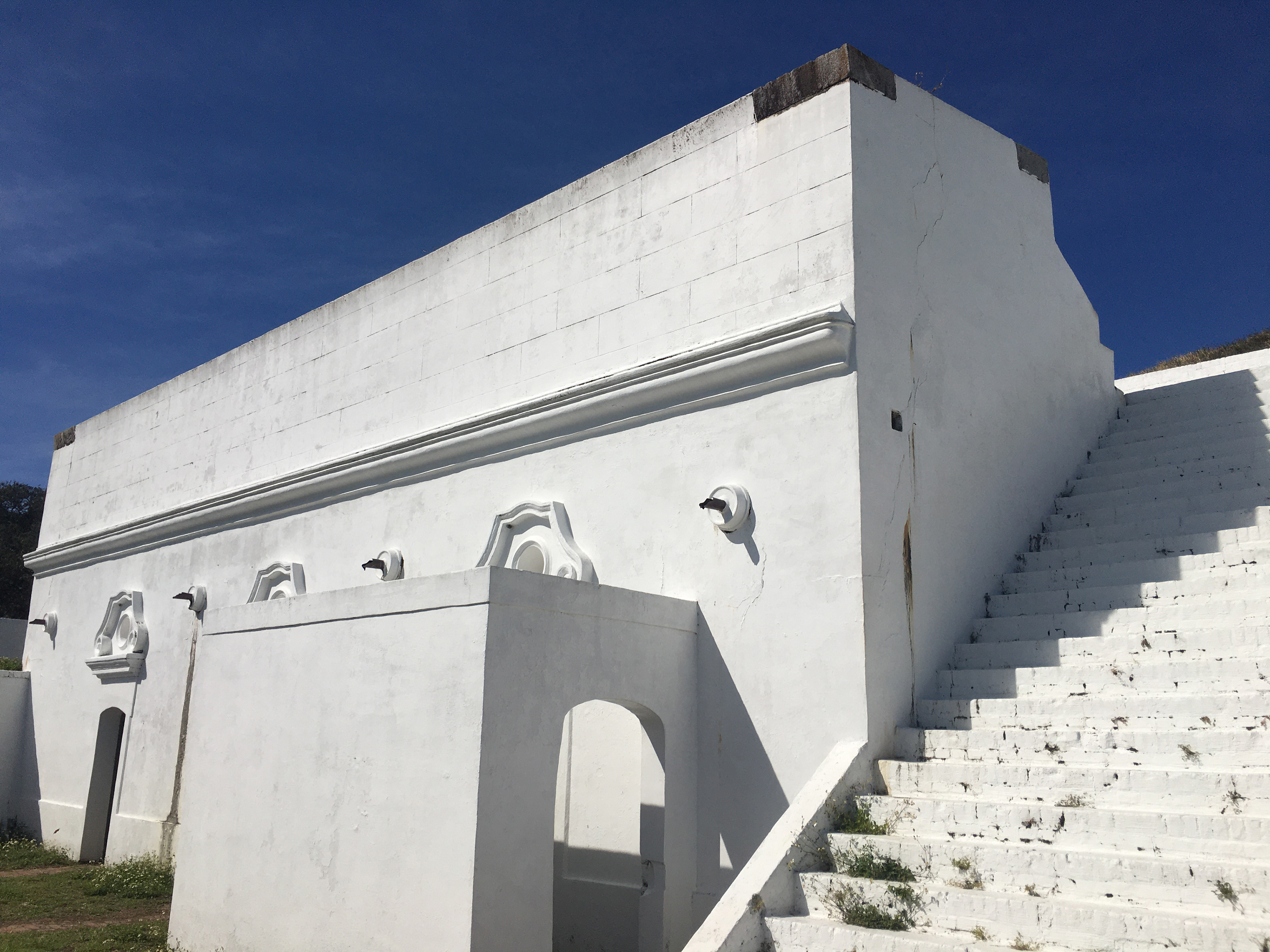 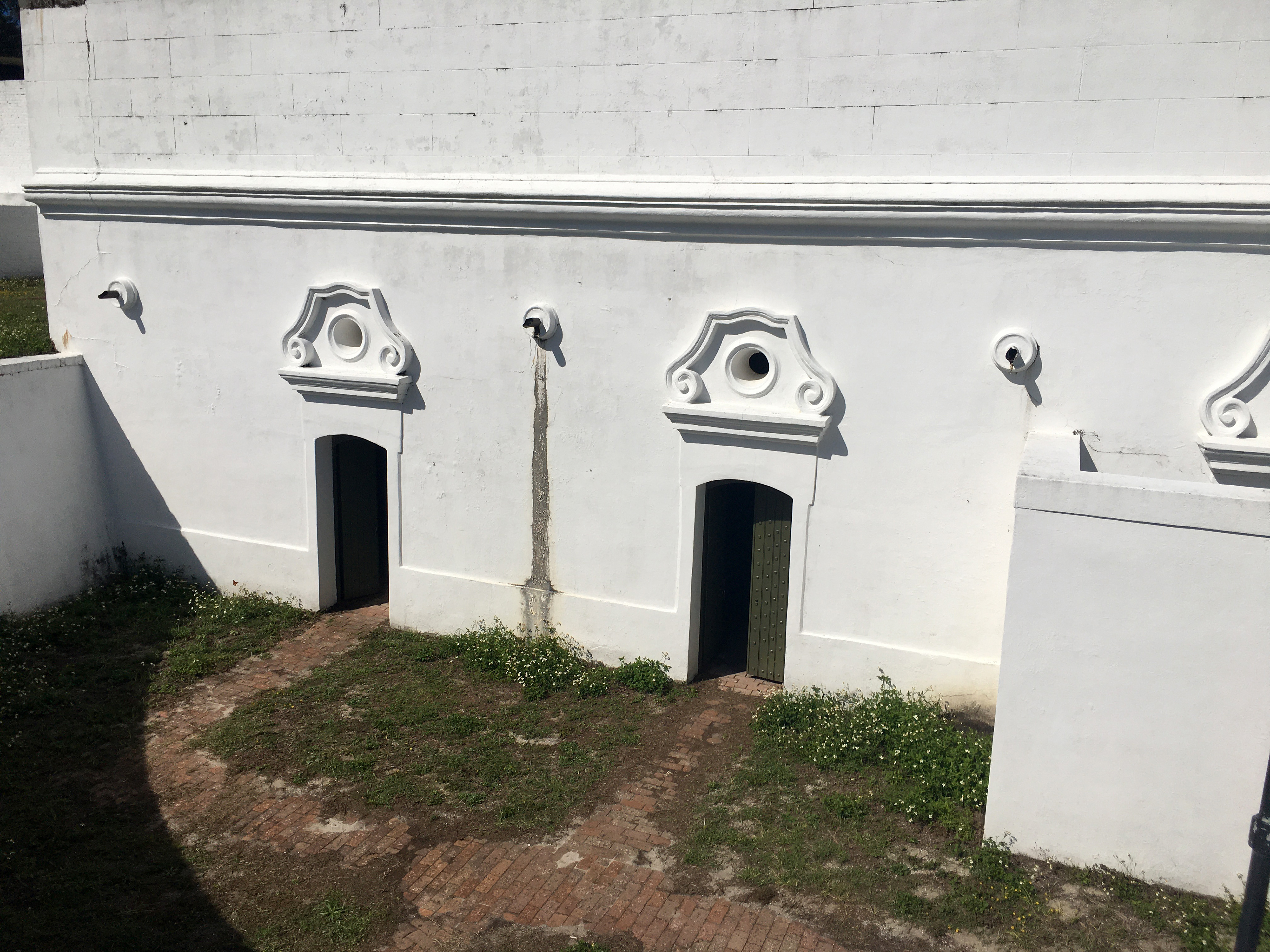 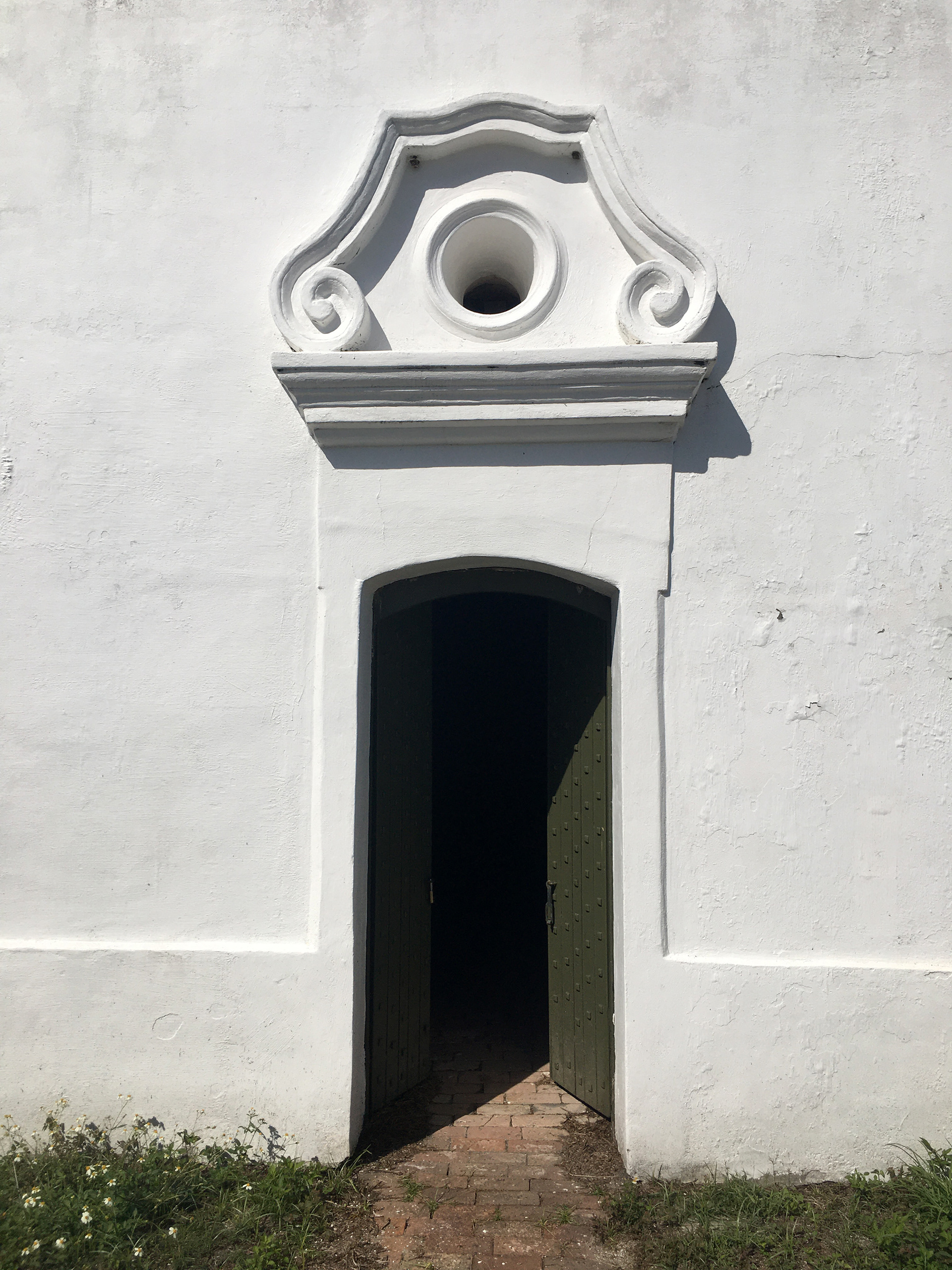 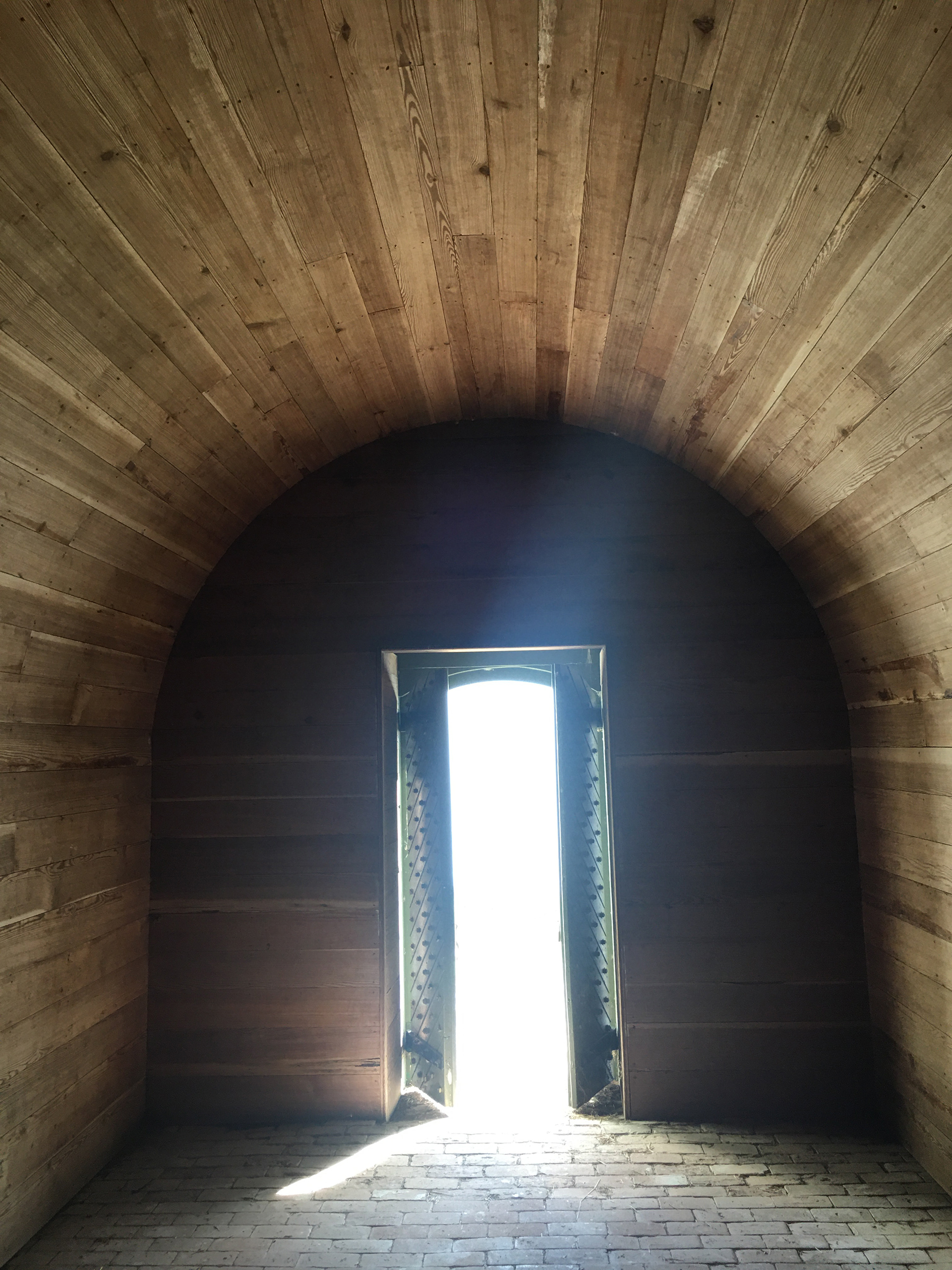 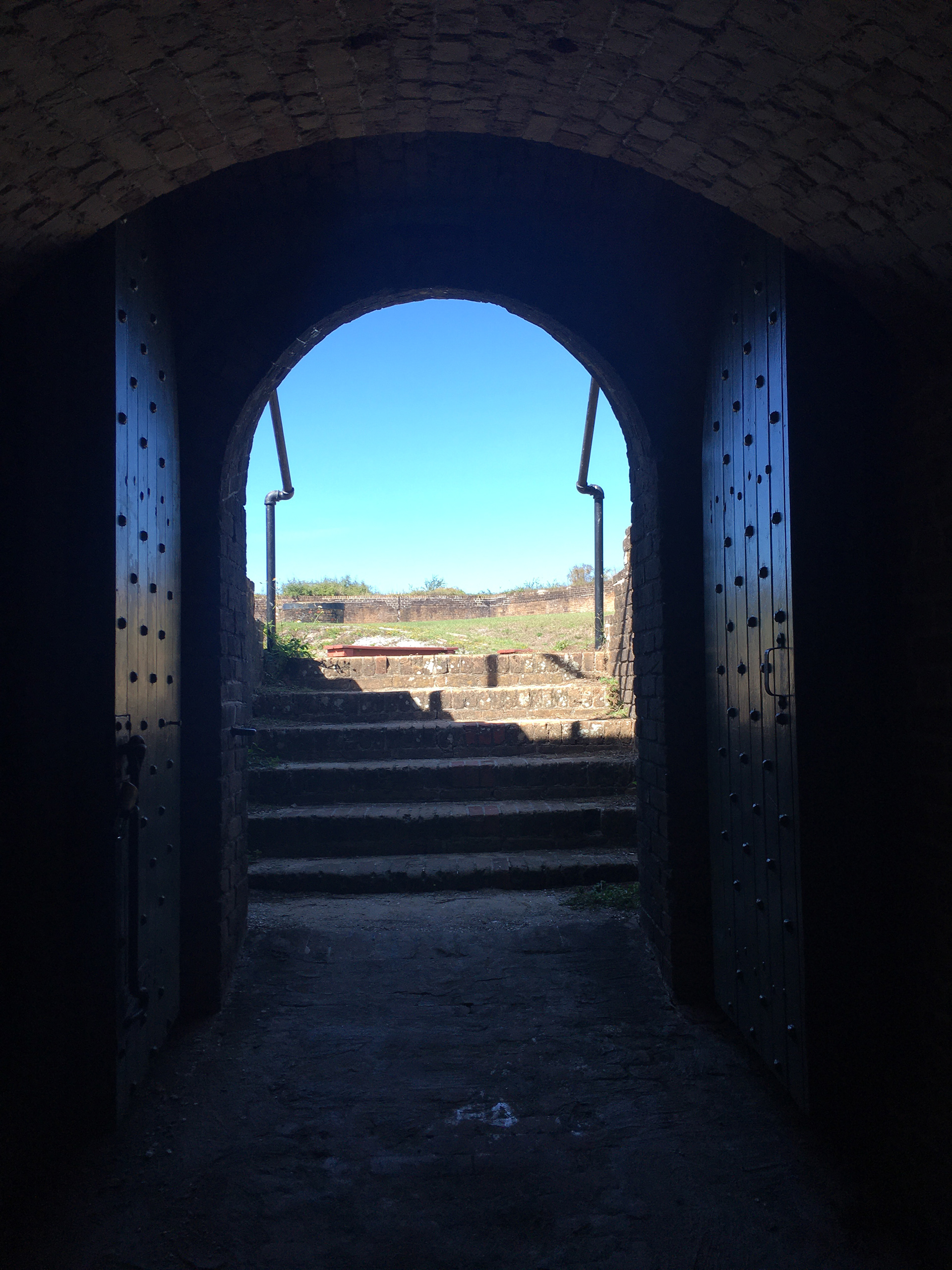 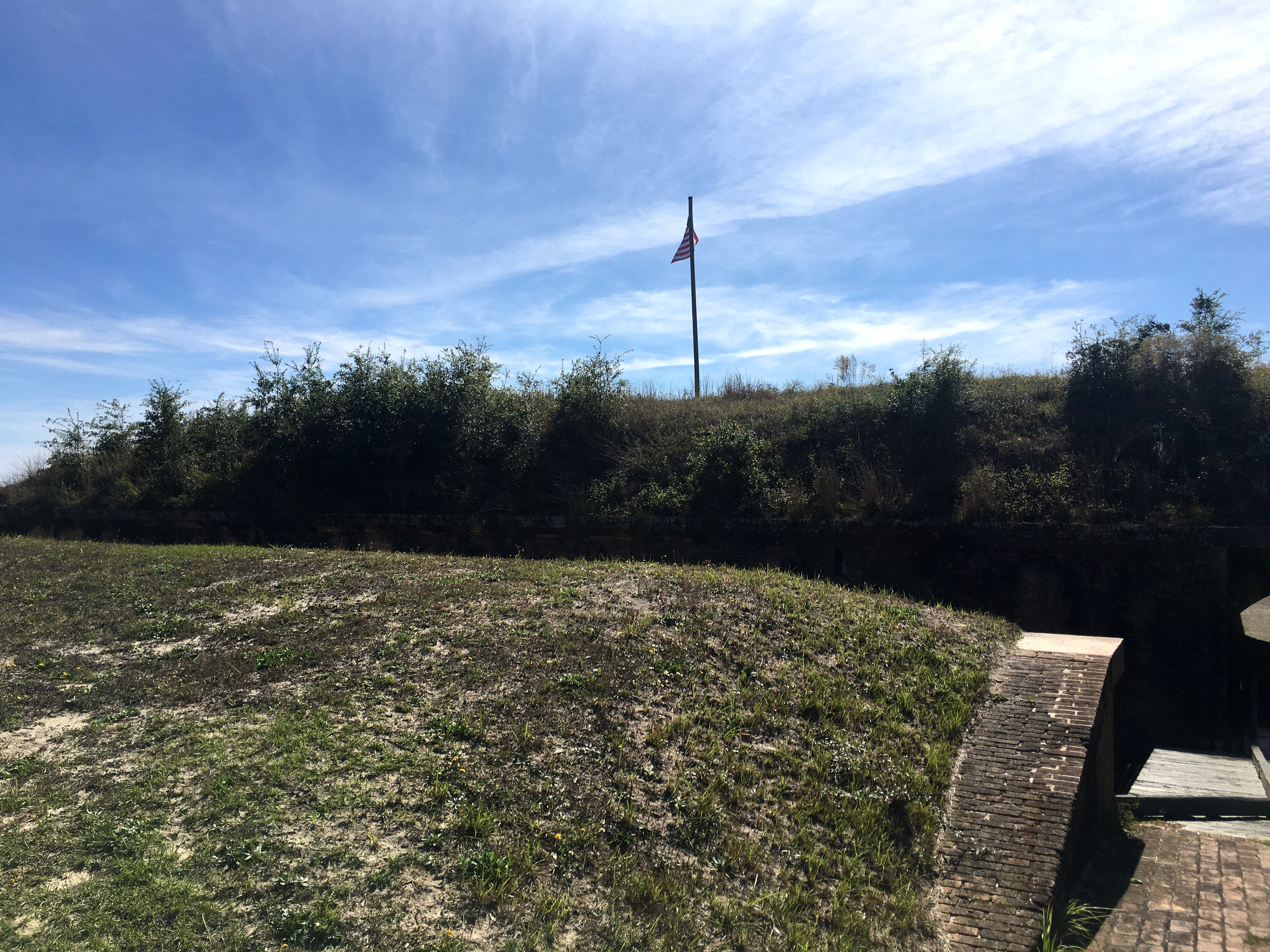 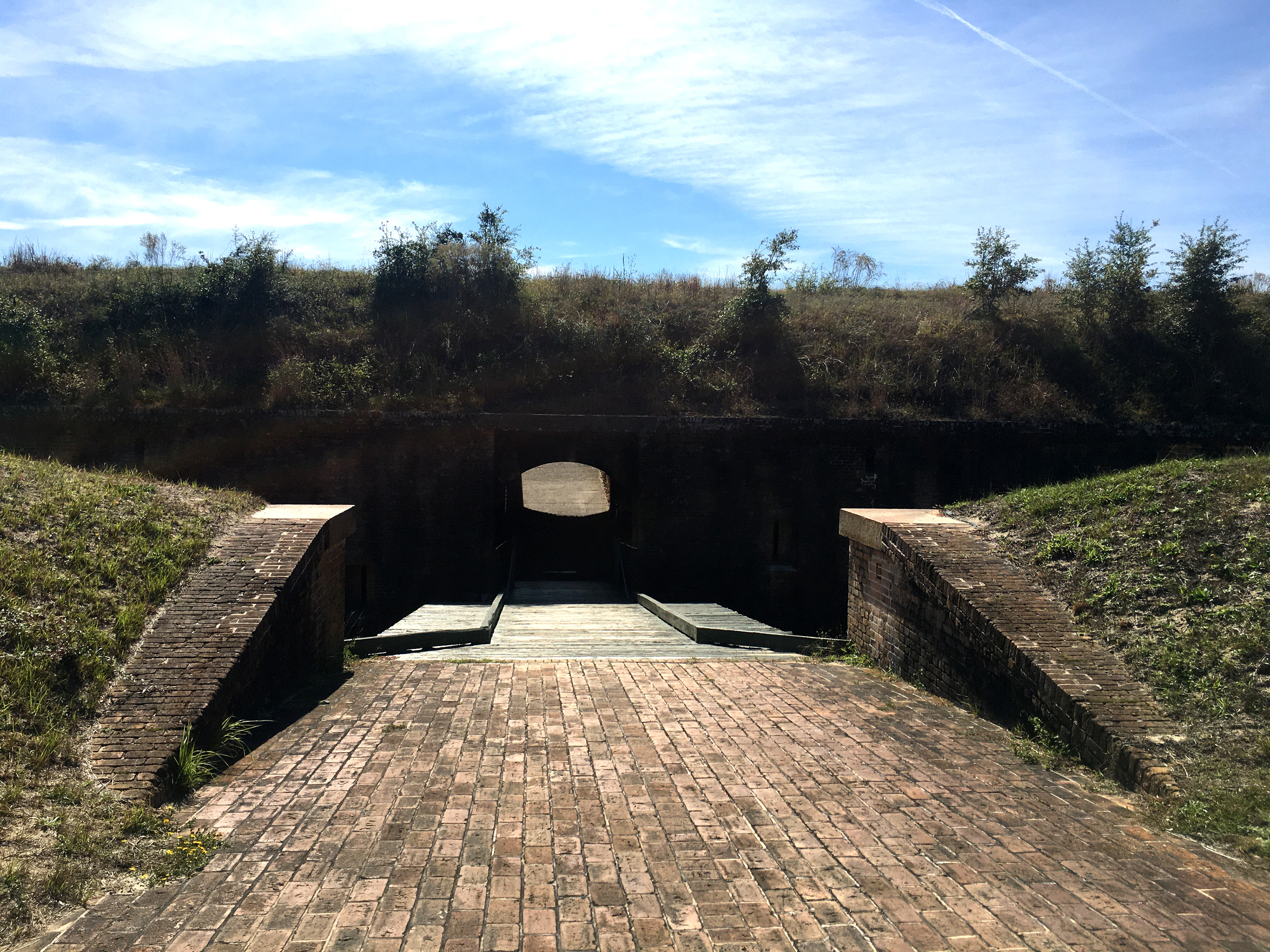 Entrance to Fort Barrancas from the North Side

Defensive Moat on North Side of Fort Barrancas

Rifle Ports looking out onto the Moat.  This section was built underground for protection from artillery

Timeline of  Fort Barrancas  area (From Wikipedia, 2019)
1559-1561: The Spanish first settled a portion of Santa Rosa Island, they did not use this hilltop site at all
1698: the Spanish constructed Fort San Carlos de Austria on this hilltop
1719: Fort San Carlos de Austria was destroyed by the French
1763: under British rule, Royal Navy Redoubt is constructed of earth and logs
1787: under Spanish rule (from 1781), the sea-level battery, Bateria de San Antonio, is built of masonry
1787-1797: under Spanish rule, Fort San Carlos de Barrancas, a wooden and earthen structure, is added on the hill-top bluff overlooking the battery
1814: Fort San Carlos de Barrancas is demolished by the evacuating British during the War of 1812 as Andrew Jackson approaches
1817: again under Spanish control, San Carlos de Barrancas is rebuilt
1839-1844: under U.S. rule following purchase of Florida from Spain (from 1821), the wooden hill-top structure is replaced with a massive brick fortress connected via tunnel to the water-side battery (remodeled in 1838), with the entire site comprising Fort Barrancas
1845-1869: the Advanced Redoubt is built 1400 ft (427 m) north of the fort
1861: With the outbreak of the American Civil War, Union forces abandoned Fort Barrancas and defended Fort Pickens; Barrancas was taken over by Confederates; the fort was bombarded from Union-held Fort Pickens on Santa Rosa Island, with heaviest attacks on November 22–23 and January 7, 1862
1862: in May after the fall of New Orleans to Union forces, Fort Barrancas and the City of Pensacola were abandoned by Confederate troops (after the fall of New Orleans)
1870: The Pensacola and Fort Barrancas Railroad, an eight-mile line connecting Pensacola, Florida, with the fort, through Warrington and Woolsey, is constructed during the Reconstruction era to improve infrastructure in the state. The line had several corporate ownerships before the rail link on Naval Air Station Pensacola was abandoned circa 1979. Related track and bridges across several waterways was removed.
1941-1947: Fort Barrancas is used by the U.S. Army as a signal station and small arms range during World War II and deactivated in 1947
1960: on October 9, Fort San Carlos de Barrancas is designated as a National Historic Landmark.
1966: Fort Barrancas Historical District (640 acres) is listed on the National Register of Historical Places, as district #66000263.
1971: Fort Barrancas becomes part of the Gulf Islands National Seashore managed by the U.S. National Park Service
1978-1980: Fort Barrancas is restored during an 18-month project and opened to the public as a National Historic Landmark.
1989: Fort Barrancas is listed in A Guide to Florida's Historic Architecture, published by the University of Florida Press.

The Battles of Bay St Louis and Lake Borgne